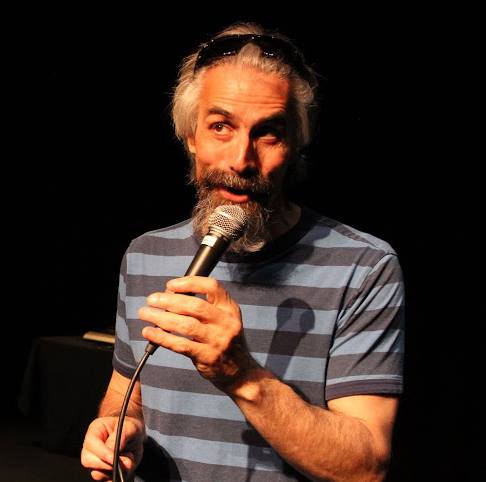 Roger is an award-winning playwright, composer, musician and actor.  His plays have been produced professionally in Ireland, Germany, America, Australia, and most recently in Canada.  He has written plays for many companies including: Crazy Dog Theatre, Dublin Youth Theatre, The American National Audio Theatre Festival, Graffiti Theatre, and The Gaiety School of Acting.

In a special programme profiling his award-winning productions, BBC Radio 4 hailed him as “one of a handful of truly great radio dramatists”.  He has created many specially commissioned radio programmes, comedies, dramas and soundworks for RTE Radio 1, Lyric FM, Newstalk and most recently BBC Northern Ireland. As a musician and sound-artist, he has created many soundscapes for the internationally acclaimed Barabbas Theatre Company.  A voice actor in countless commercials and animation series, one of his most noted roles is “Eddie the Computer” in the Sony Award winning Hitch-Hiker’s Guide To The Galaxy sequels on BBC Radio 4.  He will shortly appear as “Glarg” in the forthcoming Space Chickens animation series for Disney television.

Roger holds an honours M.A. in Theatre Studies and is the tutor in “Acting in the Audio Medium” as well as “Cabaret” at the Gaiety School of Acting, Ireland’s national drama school.